This website was originally created to track the progress of my DPhil research project titled Truth Seekers or Power Brokers: The League of Nations and its Commissions of Inquiry. The research project examined processes of factual inquiry and knowledge production within a highly politicised international environment embodied in the work of League Inquiry Commissions, in order to grasp how the quest for objective truth intersected with political deal-making. Who were the League’s experts, and what bearing did their findings have on the conduct of international politics? 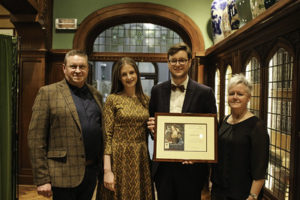 My research article on narratives of European integration was awarded the College of Europe – Arenberg European Prize.

I have peer reviewed journal articles in the fields of European Studies and international history, among others for International History Review, Politique européenne and the Journal of Contemporary European Research. I am available for manuscript review within all my areas of expertise.

This site is part of Humanities Commons. Explore other sites on this network or register to build your own.
Terms of ServicePrivacy PolicyGuidelines for Participation
Skip to toolbar